The Hidden Connection Between Inflammation and Aging

Chronic inflammation is a largely unrecognized condition that plagues millions of people worldwide. When unaddressed, it can lead to some of the most debilitating health conditions of our time: arthritis, autoimmune diseases, heart disease and even cancer. Recent research points to a strong connection between inflammation and aging.

Read on to learn more about what causes chronic inflammation in the body, and what can you do to protect against it to support healthy aging.

What Causes Chronic Inflammation in the Body? 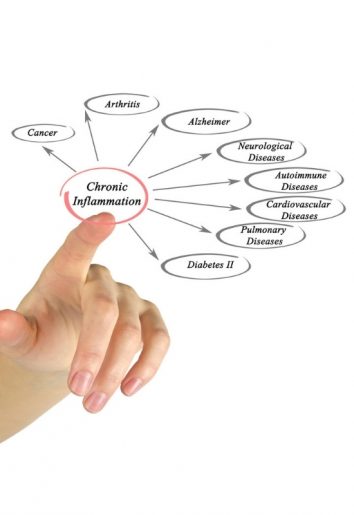 In the simplest terms, inflammation is the body's way of responding to external threats and injury. Inflammation occurs when white blood cells are mobilized in the tissues or blood in an attempt to protect the body. As a result, blood flow is increased to the area that is infected or injured. Swelling may occur as the chemicals cause fluid to leak into the tissues, producing redness and skin that is warm to the touch.

While acute inflammation that occurs in response to an injury or illness is generally not worrisome, chronic inflammation can present a danger to various organs and systems within the body.

Chronic stress boosts the production of cortisol, a stress hormone that may have negative effects on physical health. While cortisol normally regulates the body's immune response, too much may lower tissue sensitivity and leave the body prone to experiencing higher amounts of inflammation. Cortisol also supports the production of glucose, facilitating the delivery of energy to large muscle groups while also suppressing the production of insulin and the narrowing of the arteries. This forces the blood flowing through the body to work harder in response to stress, increasing inflammation in the process.

If you frequently experience bloating, gas or other abdominal discomfort, excess inflammation could be the cause. While research on the connection between gut health and inflammation is still in its early stages, scientists believe that a lack of gut biome diversity may be linked to inflammation.

Nourishing your body with gut-healthy foods can help to combat this issue. Foods that support a healthy gut include vegetables, fruit, legumes and beans. Fermented foods, such as plain natural yogurt, deliver significant benefits to the microbiome by supporting healthy gut function and lowering the number of harmful bacteria in the intestines.

Not getting enough sleep each night may cause more stress to the body than simply being fatigued the next day. Even a lack of sleep for just one night can trigger tissue damage due to inflammation. This connection makes sense, as a plethora of scientific findings point to the fact that quality sleep can help to ease the symptoms of various autoimmune disorders, including rheumatoid arthritis.

The Connection Between Inflammation and Aging

Thanks to a host of research that has backed up this assertion, the connection between inflammation and aging has been well established. Studies have documented that genes related to inflammation are also connected to a higher risk of developing many of the most common age-related illnesses and diseases. Some of these conditions include hypertension, Alzheimer's disease, heart disease, type 2 diabetes and many types of cancer.

Scientists have been able to isolate chemical markers in the bloodstream that show inflammation is connected to cellular death and the subsequent overall aging of the body. In fact, many medical experts believe that inflammation is the most significant contributor to the aging process.

Some of the most common signs of aging include slower mobility, the loss of muscle strength and memory issues. However, it is important to note that the deterioration of the body looks different from individual to individual. Not everyone will experience the same levels of inflammation, and the factors that influence this inflammation vary widely between individuals.

How You Can Support Healthy Aging 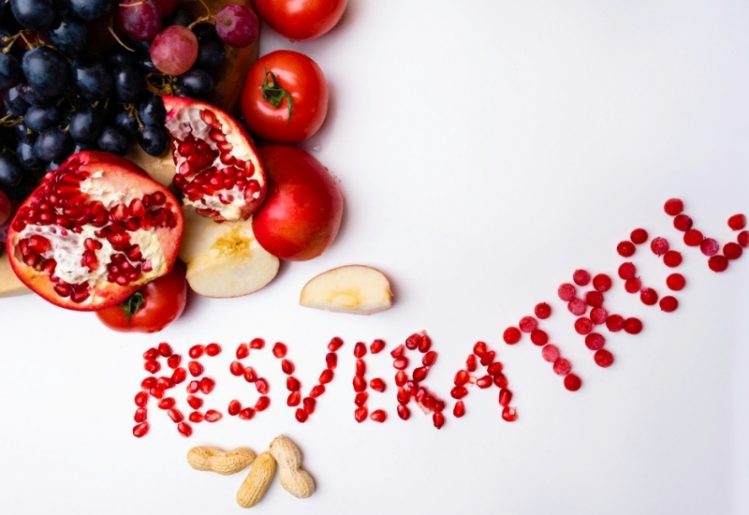 The good news is that there are steps that you can take now to support healthy aging by protecting the body against inflammation. Medical professionals are particularly excited about the promise of a nutrient called resveratrol in helping to suppress inflammation. Resveratrol is a polyphenol that works as an antioxidant to guard the body against damage from inflammation. The compound is primarily found in red wine and grapes. It is also available in supplement form.

Other ways that you can support healthy aging by controlling inflammation include being intentional about supplementing your nutritional intake with other specific natural ingredients shown to help modulate inflammation. If controlling inflammation is your goal, some good supplements to consider are calcium, grape seed extract and fish oil. In addition, magnesium and vitamins B6, C, D and E have also been shown to deliver anti-inflammatory effects. Many of these nutrients are not available in sufficient amounts in most diets. Taking a high-quality supplement that provides these ingredients can go a long way in protecting against chronic inflammation.

While there is no way to completely stop the aging process, taking steps to understand how inflammation speeds up this natural transition and what you can do to stymie its progress can have significant advantages to your overall health.