Are you getting enough iron in your diet? Research on iron and heart disease suggests that getting enough of this mineral may be crucial to your health.

We hear a lot about how diet can affect disease risk. However, there is a great deal of conflicting information. Is vegetarian food the healthiest choice? Should we be eating low-carb instead? While there is no solid evidence about what diets are best, the need for a variety of nutrients is well supported by research. There are numerous vitamins and minerals that can protect your body against disease. According to several studies on iron and heart disease, iron may be one of the most important nutrients in maintaining good health, particularly good cardiac health. 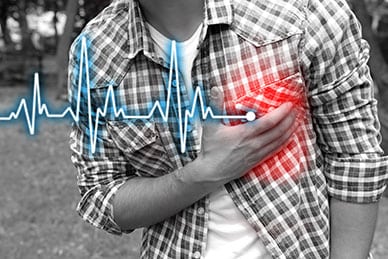 While people in the West are less susceptible to communicable diseases and infections than ever before, several other diseases are increasing at an alarming rate. Heart disease is one of these illnesses. A great deal of heart disease is caused by coronary artery disease, an illness in which the arteries that supply the heart become hardened, blocked, or otherwise unable to pass blood. The result is that the heart does not have the oxygen and nutrients it needs to function and becomes increasingly diseased over time. This eventually can lead to angina, a heart attack or a stroke.

There are many theories about what factors contribute to coronary artery disease. Lifestyle appears to be a huge influence. A healthy diet and regular exercise can help to prevent the illness. In addition, it appears that getting enough iron can lower a person's risk.

According to studies on heart disease risk and blood iron levels, low iron levels appear to be at least partially a cause of coronary artery disease. However, correcting these levels by taking increased iron supplements may not affect disease risk. The issue appears to be more complicated than it previously seemed. It is important to get enough iron, but exactly how much iron seems to remain a controversy.

Too Much of a Good Thing?

This research may lead many to wonder: If low levels of iron are linked to poor heart health, are higher iron levels beneficial? However, research does not appear to support this. While low levels of iron may contribute to heart disease, higher levels of certain kinds of iron appear to be unhealthy. There are different kinds of iron found in foods, with a type called heme most common in red meats. Heme is absorbed more easily than the types of iron found in plants, which is why it is often preferred by people who are anemic or have high iron needs. However, eating large amounts of heme iron appears to be an independent risk factor for heart disease. Eating high levels of non-heme iron, the kind found in plants, does not appear to have this effect.

How can heme iron have this effect on the heart? It appears to contribute to the oxidation of LDL cholesterol, which in turn contributes to atherosclerosis and coronary artery disease. Non-heme iron has a different chemical structure and thus does not oxidize LDL cholesterol in this manner.

Are You Getting Enough Iron to Protect Against Heart Disease?

There is still much research to be done on the link between irons levels and heart disease. However, it currently appears that getting enough iron, and getting enough of the right kind of iron, may help to prevent damage to coronary arteries. There are several ways to increase iron intake, including:

While there is often conflicting information on what diet and which nutrients are the most important for good health, one thing remains clear. Eating a varied and well-balanced diet while getting plenty of exercise is the most important way to prevent heart disease as well as other potentially deadly chronic illnesses. While you should not take in very high amounts of heme iron from meats, vegetarian non-heme iron appears to be crucial in helping your body maintain healthy blood vessels and heart tissue.