Caring for a loved one with dementia can be an excruciating experience for everyone involved. This debilitating condition robs a person of mental faculties as it gets progressively worse. It is no surprise that scientists continue to pour an abundance of resources into cracking the code for dementia. Now, a variety of new dementia research is helping to shed a little light on risk factors for developing this form of progressive cognitive decline.

Dementia describes a cluster of symptoms that affect cognition, memory and social interaction to the extent that one's daily life is disrupted. There are various types of dementia. The most common types of progressive dementia include Alzheimer's disease, Lewy body dementia, vascular dementia and frontotemporal disorders. It is estimated that 15-20 percent of individuals over the age of 65 suffer from some type of mild cognitive impairment. This type of mild impairment is often a precursor to more formal types of diagnosed dementia.

It is uncertain as to why confirmed cases of dementia have more than doubled in the last 25 years. In 1990, there were 20.2 million confirmed cases of this mental health malady. By 2016, this number had spiked to 43.8 million. Alzheimer's disease accounts for approximately 60-70 percent of all dementia cases.

It is important to note that dementia is different than the normal cognitive decline that comes with growing older. It should also be noted that not all people who experience mild cognitive impairment as they age go on to develop dementia. Some individuals may even see relief from the symptoms of this impairment in their later years.

Because dementia cannot be reversed, medical researchers have increasingly focused on learning how to predict a person's chances of developing the condition so that they can discover drugs to aggressively treat it before it takes hold.

One of the most promising developments to come out of this proactive research is the discovery of the blood biomarker asymmetric dimethylarginine (ADMA). This molecule circulates in the blood and reduces the amount of nitric oxide that is synthesized by particular cells that are present in the blood vessel lining.

Scientists now know that low levels of nitric oxide are connected to the development of Alzheimer’s disease. Further studies have also demonstrated a connection between high concentrations of ADMA and resulting cognitive decline.

Does Neighborhood Noise Contribute to the Onset of Dementia?

Although the new dementia research surrounding blood biomarkers clearly relates to a biological factor, there are also environmental factors that may play a part in increasing your risk of developing Alzheimer's disease. A new study shows that older adults living in noisy neighborhoods may be at a higher risk for developing Alzheimer’s disease or other subsets of dementia as they age.

The study examined the dementia rates of people living on the south side of Chicago. What they found was that older adults who were subjected to 10 A-weighted decibels more noise during the daytime hours experienced a 36 percent higher chance of developing mild cognitive impairment. This same group also demonstrated a 29 percent higher chance of developing Alzheimer’s disease.

Scientists believe that this elevated risk can be attributed to disruptions in sleep patterns that may affect overall health. Another explanation is that noise pollution may accelerate the body's production of beta-amyloid, a protein known to contribute to Alzheimer's.

How to Maintain Cognitive Health as You Age

Although there is nothing definitive that you can do to prevent dementia, there are things that you can do now to stave off natural cognitive decline as you age. Here are a few steps that you can take to protect your mind as you get older.

In addition to keeping your body functioning at optimal levels, maintaining a regular exercise routine as you get older can also deliver protection to your brain and memory function.

Doctors have long touted the benefit of a Mediterranean-style diet as a tool to slow down the progression of dementia. This diet is rich in vegetables and fruits, olive oil, whole grains, beans, nuts and moderate amounts of fish, lean poultry and dairy products.

While it is admirable to want to take care of your health through exercise, diet and getting quality sleep each night, how you feed your soul with relationships also has a profound effect on your mental health. Being diligent about engaging in social activities and fostering meaningful connections with others will make you less likely to experience cognitive decline. 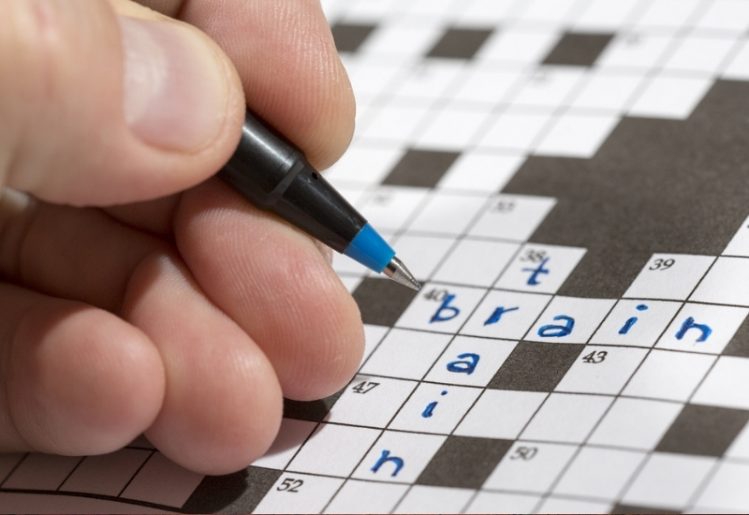 In addition to nurturing your mind through social connections, you can also stimulate your brain through mental exercises. Research has demonstrated a link between mental exercises and a lower risk of developing Alzheimer's disease. Good activities to stretch your brain include reading, doing puzzles, playing card games and listening to music.

Finally, taking a high-quality dietary supplement that supports cognitive health will promote healthy brain function and go a long way towards giving your body what it needs to keep your mental acuity intact for as long as possible.

While this new dementia research does not offer a cure or treatment for the disease, it does help scientists to understand some of the reasons why an individual may develop this condition. The more that is learned about this dreadful disease, the greater likelihood that the medical community will find ways to beat it in the future.