The Health Benefits of Omega 3 for Children

Many adults take a daily fish oil or flaxseed oil supplement to ensure they're getting enough omega-3 fatty acids. There are a multitude of benefits to these supplements, from better cardiovascular health and improved joint function, to an improved attention span, mood and cognitive function. However, there may be special benefits in omega 3 for children as well, according to several recent studies.

Omega 3 for Children: A Cure for Academic and Behavioral Problems?

Omega-3 fatty acids have been touted as anti-aging nutrients for the brain. However, their effects on the brain are remarkable in the realm of encouraging healthy development as well. Several recent studies have looked at the effects of omega 3 fatty acids for children and found that they can have an immensely positive effect on brain function, even in developing minds.

In one study, third graders were randomly assigned to two groups, one receiving omega-3 supplements and one receiving a placebo. After three months, the reading skills of children taking the supplements had improved faster than those of the group who went without. The classmates were then all given supplements and soon the control group also saw benefits.

Omega-3 fatty acids also may improve behavior by reducing aggression, according to another study of supplements containing omega 3 for children. Children of 11 and 12 years who had a history of aggression were placed in groups receiving a variety of therapies, including cognitive behavioral therapy and supplements believed to build the brain. Kids who received a mixture of therapy and omega-3 supplements saw a greater improvement in behavior than the other groups. Because this study only looked at the short-term, it is unknown how these children were affected over their lifespan. However, omega-3 supplements do appear to have an effect on behavior, especially when it comes to aggressive behavior.

How Can Omega-3 Fatty Acids Have Such an Immense Effect? 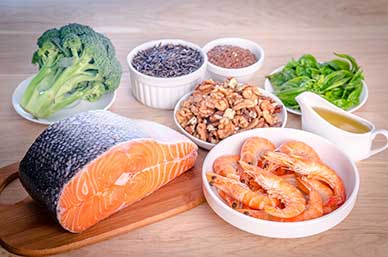 According to researchers, fatty acids affect our bodies in a variety of positive ways. First, they are a good source of the fatty building blocks needed to myelinate nerve cells. Myelin acts as an insulator for nerve cells so they can send signals more rapidly. While we are young, we are still building new neural connections (and myelinating them!) so supplements containing omega 3 for children can be of huge benefit.

In addition, fish oils containing omega-3 fatty acids appear to be good for almost every cell in the human body. They are a rich source of vitamins such as vitamin D as well as fatty acids of which the standard American diet is deficient. They also have been found to lubricate joints, allowing better mobility and less chronic joint pain as we age. The benefits of these tiny supplements are huge, which is why many adults take them. However, the benefits appear to be even greater for children.

Getting Enough Omega Fatty Acids in Your Diet

Why do we need an omega-3 supplement? Can't we just get enough of these oils in our daily diets? In theory, we absolutely can. However, in practice, this is a very difficult task. Our ancestors ate plenty of foods that contained a healthy balance of omega-3 and omega-6 fatty acids, such as oily fish, nuts, seeds and leafy green vegetables. Yet, the average Western diet is high in processed foods and thus low in these vital nutrients. When foods do provide fatty acids, it's often in an unhealthy ratio heavy in omega-6 fatty acids. For many people, getting enough omega-3 fatty acids is almost impossible. This is especially true for children, who need much higher nutrient density in their diets, yet are often picky eaters. For many Western people, including most children, supplements are the easiest way to ensure that our diets have all of the nutrients that we need for optimal health.