Using Probiotics for Eczema Can Help Heal Your Skin

Eczema is a bothersome and often uncomfortable inflammatory skin disease, also known as dermatitis. There are several different types of eczema, but the most common type is atopic dermatitis. An estimated 31.6 million people in the United States alone suffer from eczema. The condition is more common in children; in fact, up to 15 percent of all children will experience temporary eczema. However, eczema can also be a chronic condition that may last a lifetime.

Atopic dermatitis is characterized by areas of skin that are dry, red, itchy and scaly. In severe cases, skin may be become crusty, cracked and bleeding. In such cases, the skin becomes much more prone to infections and complications may arise as a result of this. Eczema can have a negative impact on a person's quality of life due to physical discomfort, impact on self-image, money spent on treatments and time spent treating the disease. It is estimated that one-third of people with eczema spend between one and three hours a day treating it.

This skin condition is not completely understood by science. Symptoms are made worse by environmental factors such as heat and external irritants like harsh laundry detergents. However, neither of these things are the underlying cause of eczema. Current research points to eczema being an abnormal immune system reaction. There seems to be a genetic component to the condition. Some of the most recent studies have also discovered that eczema is linked to bacterial imbalances both inside and outside the body.

What Exactly Are Probiotics? 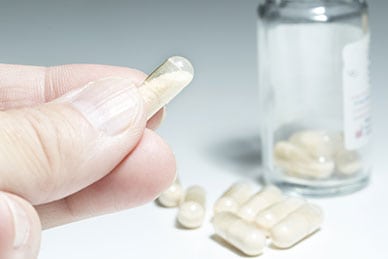 The human body is teeming with other life—microorganisms inside and outside the body outnumber our one cells 10-to-one. The digestive tract, in particular, is home to a complex ecosystem of bacteria. The gut microbiome, as it is often called, has been the subject of much pioneering research since the turn of the 21st century. Such research has been done with the aid of new DNA sequencing methods that allow researchers to detect microorganism species that would otherwise remain in hiding in our digestive tracts, unable to be cultured in a petri dish for identification.

The gut microbiome consists of bacterial and fungal species that are beneficial to our health, as well as species that are harmful. The balance of beneficial versus harmful species characterizes whether a person's gut flora is healthy or unhealthy. Scientists have discovered that many different aspects of health are linked to the balance of gut bacteria, including immunity, child development, obesity, digestive efficiency and mood.

Though more research is needed, there is increasing evidence that adding more beneficial bacteria to the body can improve the health of your gut microbiome and therefore improve certain aspects of health. When you add to the populations of healthy bacteria, you also decrease the populations of harmful bacteria.

Probiotic consumption can have many benefits including a better immune system, better digestion and decreased symptoms of gastrointestinal disorders. Preliminary research even suggests that probiotics could be useful for treating stomach ulcers, respiratory infections and urinary tract infections. Since the gut microbiome has been linked to immune function, and eczema is an immune condition, it comes as no surprise that the latest research supports the use of probiotics for preventing and relieving eczema.

Probiotics for Eczema: An Effective Route? 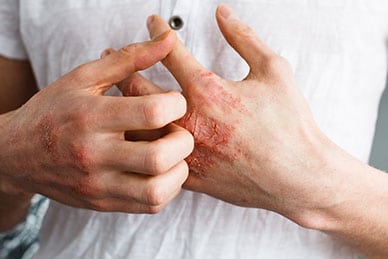 There is a well-established link between the microbiome and eczema. Research has found that people with eczema have an abnormal bacteria balance, including unusually high populations of harmful species. Research suggests that probiotics can help prevent the formation of eczema in the first place—the children of mothers who take probiotics during the last few weeks of pregnancy, or while breastfeeding, have a lower rate of eczema. The mother's microbiome affects the newborn child's microbiome because the latter develops from the former; gut flora are essentially given to the child by the mother through several processes.

Preliminary research suggests that taking probiotics can also help reduce the severity of eczema that already exists. In one study, 118 children with eczema were given a probiotic twice a day for 12 weeks, or a placebo. The children who took the probiotic experienced relief from eczema, compared to the children in the placebo group.

The bottom line? There has not yet been enough research to support the idea that eczema can be treated solely with probiotics; nor is the use of probiotics a guarantee of relief. Probiotics are better thought of as a supplemental treatment in a comprehensive eczema treatment plan, which should also include things like:

Further studies may help answer important questions about using probiotics to treat eczema, such as which species should be used, what the best dosage is, and who probiotics are most effective and appropriate for. Until this research takes place, using probiotics if you find it helps to relieve your eczema will most likely not do any harm.