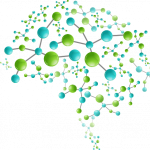 Chronobiology is a scientific field that studies the natural biological rhythms of living organisms (including humans) and how they are affected by time and other external cycles. Within the field of chronobiology, there are three basic types of cycles, or rhythms, that the studies account for. These are circadian rhythms (the most well-known), infradian rhythms and ultradian rhythms. Furthermore, chronobiology is further broken down into three areas of study and application; chronophysiology, chronopathology, and chronopharmacology (also known as chronotherapy).

The Three Areas of Study of Chronobiology

In this field the physiological basics are studied, which systems generate certain rhythms, how these different systems are interwoven, and how they can be influenced.

It is the focus of these studies to find out which general health dangers can be found when the physiological processes of Chronobiology are disturbed. Through chronopathology certain diseases or symptoms can be explained which were previously difficult to explain. One example is the jet lag condition (or as it is medically known: desynchronosis), which cannot be retraced to the lack of certain messenger substances, but can be explained by the release of these messenger substances at the wrong time.

Based on the knowledge of chronobiology and the corresponding pathology, new therapeutic approaches have recently been developed, which consider the basic principles of chronobiology. Here, not only do we aim to replace missing individual substances, but also administered those substances at the optimal time of day.

The four principles of chronotherapy:

Chronotherapy works effectively through a combination of the optimal ingredients, the right dosage amounts, and an understanding of the select organs or relationships involved, in order to deliver the substances at the most effective time of day to yield the best results.

The Three Cycles of Chronobiology 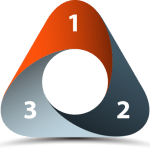 There are three basic types of cycles, or rhythms, that chronobiology studies account for. These are circadian rhythms (the most well-known), infradian rhythms and ultradian rhythms.

Researching and understanding these various rhythms allow scientists and professionals to understand the impact the different cycles have on various functions and processes and thus further understand how to adjust cycles and/or external factors to sync with these cycles accordingly.

(derived from the Latin word circa, meaning “approximately,” and the Latin word diem, meaning “day”) Circadian rhythms are physiological rhythms governed by the natural 24-hour light/dark cycle of the earth’s rotation. Examples of these type of circadian rhythms include the human sleep-wake cycle and the daily leaf movements of certain plants. Circadian rhythms are the most well-known chronobiological cycles as many effects of these circadian rhythms directly and immediately affect humans. As a result of their direct impact on human beings, they are the most extensively researched of all biological rhythms and are the primary focus within the science of Chronobiology, especially considering their impact in the research and application of chronopharmacology/chronotherapy.

(derived from the Latin word infra, meaning “below,” and the Latin word diem, meaning “day” - breaking down the origin of the word, Infradian means the period of this rhythm is longer than 24-hours, therefor, the frequency is below/under those of one day.)

(derived from the Latin ultra, meaning “beyond,” and from the Latin word diem, meaning “day” - breaking down the origin of the word, Ultradian means the period of this rhythm is shorter than 24-hours, and therefor has a frequency beyond/higher than one day.)

The History of Chronobiology

The study of Chronobiology dates back to the 18th century, when astronomer Jean Jacques d’Ortous de Mairan studied the daily leaf movements of the Mimosa plant. In his experiments, he was able to show that the leaves of the Mimosa continued to swing in a way that appeared to be influenced by the earth’s 24-hour light/dark cycle, even when they were isolated in permanent darkness.

This correlation between time and plants continued in 1751 when Swedish botanist Carl von Linné created a flower clock byarranging various species of flowering plants in a circular pattern. By adhering to specific timing and placement the clock was able to indicate the time of day by the flowers that were open at each given hour.

For years, chronobiological studies continued extending beyond the interactions with sleep cycles and delving into a plethora of areas of specialty regarding health and medical approaches.

Then in 2017, the study of chronobiology made world news when researchers won the Nobel Prize in Physiology or Medicine for their findings on circadian rhythms and how our inner clock adapts our physiology to the dramatically different phases of the day.

Over the years, the knowledge of chronobiology and the surrounding research has expanded and the focus of one branch of chronobiology, known as chronopharmacology, or chronotherapy, has become a key focus to many in the medical and health professions.

The recent anti-aging medicine movement has set a high goal for itself: seeking to modify biological processes in the human body that were imprinted over millions of years. There is a predetermined lifespan for every organ and tissue in the body. The evolutionary history of the human aging process spans millennia; now, researchers are increasingly confident that it will become possible to halt or even reverse it within just a few decades.

When it comes to Chronopharmacology, or Chronotherapy, the chronobiological process works effectively through compiling the knowledge of the three chronobiology cycles listed above and equating them in relation to their impact on the human biological processes and functions. Once correlations are made between rhythms and the targeted biological process, function, or area of concern, researchers can then combine the optimal substances and ingredients and the exact dosage of each ingredient needed to create the desired results.

By understanding the complex relationships involved between chronobiology cycles, ingredients and proper dosage, scientists, researchers and doctors are then able to administer these ingredients at a time point within the specified cycle that activates the highest effects and longest-lasting results.

To properly apply chronopharmacology to medical research and treatment methods, the most important criteria to create the desired effects with a perfectly timed treatment approach are:

– Finding the most effective formula to administer in the morning. This is comprised of finding which ingredients have the greatest activating benefits when taken in the morning based on chronobiological cycles and processes.

– Concluding which substances have a mutually-potentiating effect. In other words, determining which ingredients and specified formulas have the desired benefits in both the morning and the evening.

– Identifying which substances curb or distort the desired effect. This is key for determining which ingredients and formulas have adverse effects. These adverse effects can be due to ingredient selection or due to improper timing of treatment.

Chronobiology for Anti-Aging and Effective Healing

Using the knowledge of chronobiology research, today we know that many of the most popular and successful therapies can be even further optimized for greater results and success. There is a predetermined lifespan for every organ and tissue in the body. The evolution of the human aging process spans millennia; now, researchers are increasingly confident that it will become possible to halt or even reverse it within just a few decades. Understanding chronobiology and timing can demonstrate that with previous treatments, many substances may not have reached the target organ at the right time of day or in the best pharmaceutical-grade formulation. Chronobiology-based formulations consider the effect of therapeutic influences in accordance with the body’s cycles and inner clock.

Chronobiology has shown that external and internal rhythms, or clocks, control our physical, mental, and emotional functions without much need for us to interfere. Whether it is the oral mucosa or the liver, each biological system within the human body has its own rhythm. Therefore, the more intelligently we attune our lifestyle habits to these rhythms, the greater the benefit we are able to draw from them. This knowledge is of particular importance for disease and healing.

Every ailment – such as asthma, arthritis, hypertension, depression, heart attacks, stomach ulcers, sleeping problems, cerebral metabolic disturbances and more – have their own rhythms and various phases. The chronobiological factor of the active ingredients and proper administration are of crucial importance when it comes to disease prevention, treatment and daily well-being.

Under the control of our brain, 150 hormones serve as messenger substances by circulating in the blood to inform our organs about the current situation and prescribe specific actions. These hormones have both a boosting and a curbing effect.

For example, our body temperature decreases during our sleep when melatonin production increases and many organs tend to slow down their activity and regenerate themselves, while our blood pressure rises as we wake up when many hormone levels peak. These rhythms repeat every 24-hours, day after day, night after night. Drawing from a chronobiological viewpoint, scientists can conclude that we possess a whole control package of genetically determined internal “time regulators,” and thus, hormonal release ultimately depends on the impulses of our inner clocks.

In every single moment, chronobiology transforms the actions inside our organs into a unique and distinctive spectacle. As the day carries on so do our biological processes, when bodily processes take place, nothing remains as it was an hour prior.

With age and the onset of disease however, some of our inner clocks begin ticking more slowly while others tick faster. Our internal clocks, or rhythms, tend to go out of tune as a result, and over the years some of them stop ticking altogether. As our internal clocks misalign with proper functionality, organs and biological processes begin to develop their own rhythm and disturbances in biological functions occur. If left untreated, this rhythm disturbances can lead to an onset of diseases or organ function failure.

To date, approximately 80 illnesses have been deemed sleep-related. Thus, the objective in these cases is to identify a circadian component that is disrupted and with the help of chronobiology-formulated medicines or nutritional supplements, “recalibrate” the inner time regulators to return to normal function and avoid further disruption and increased maladies.

When it comes to disease research, researchers are starting to be able to determine at what hour risk factors increase or at what hour tumor cells tend to divide, as these are controlled by time regulators that differ from those of healthy organs or cells.

It is therefore of vital importance that chronobiology-based formulations be introduced to the target organ at a time when their impact on health concerns or tumor growth is higher, and when their effect is less detrimental to the remaining healthy biological functions or cells.